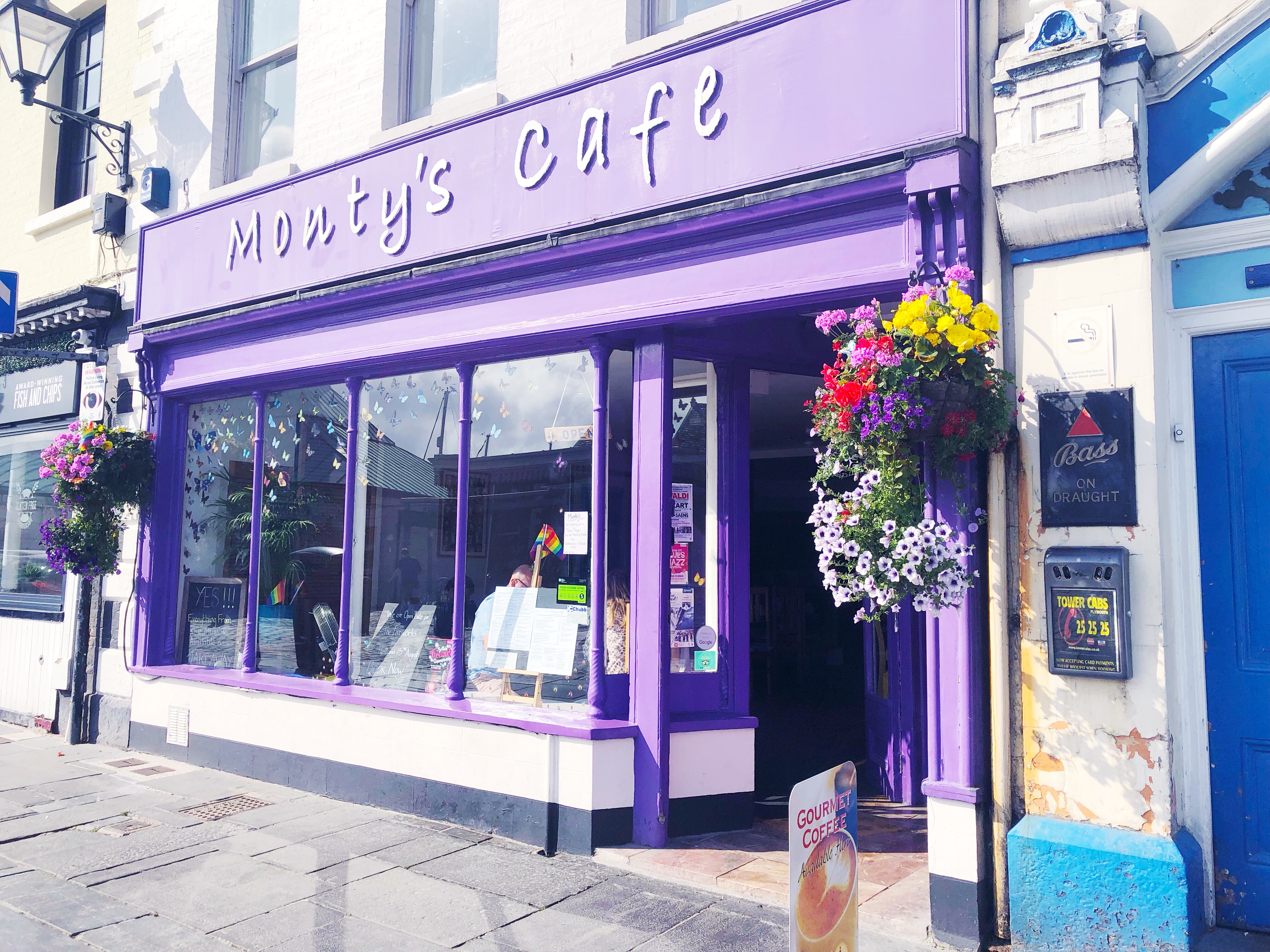 A quick Google search (other search engines are available) and we decided to try Monty’s Cafe on the Barbican in Plymouth. We’d actually eaten there years ago when Neil and I were courting *haha*. I discovered that they could at least offer gluten free toast, so we decided to give them a try. 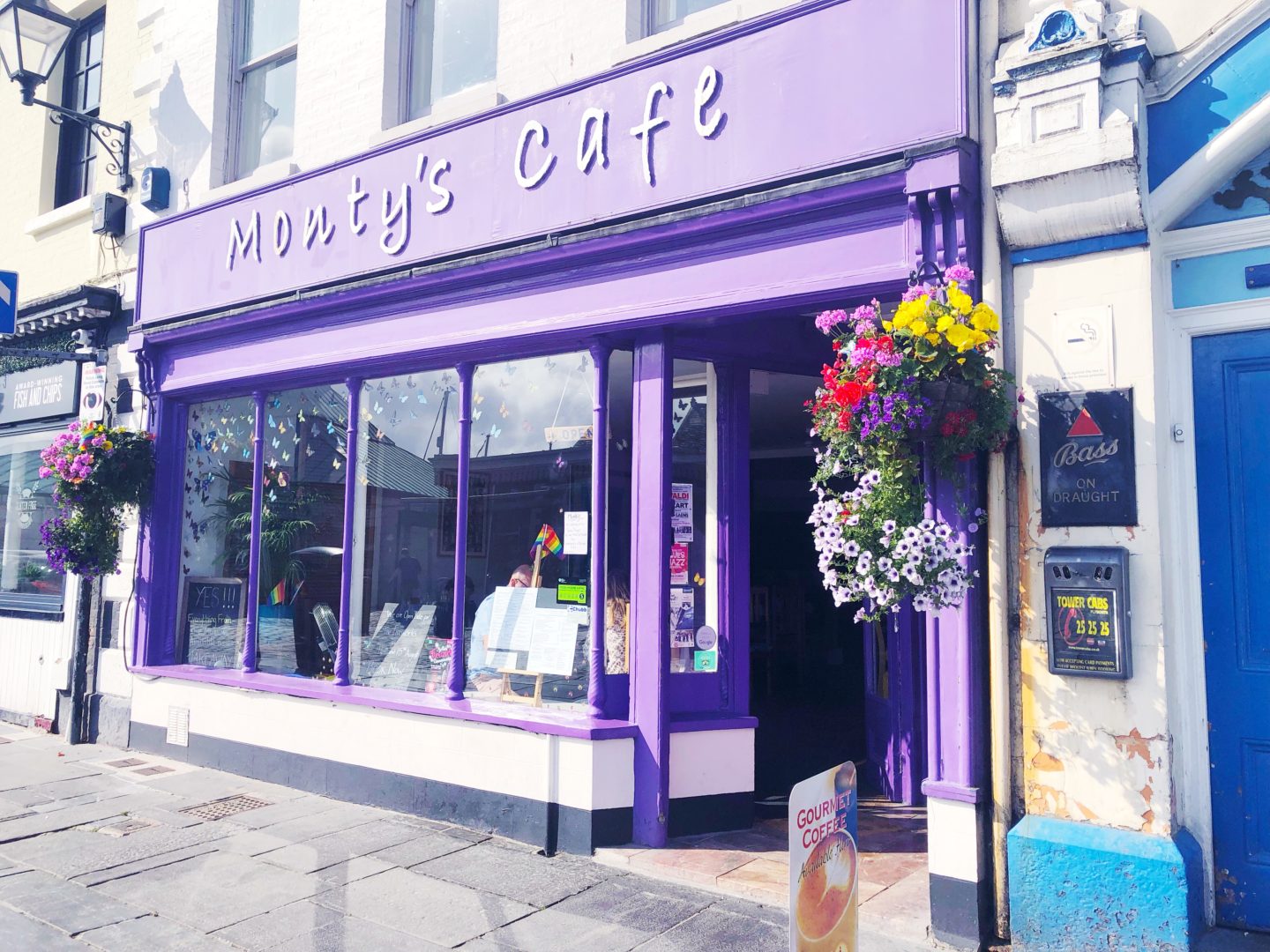 Situated on Southside Street down on the Barbican in Plymouth, Monty’s is a  fabulous purple fronted cafe. We went early on a Sunday morning and it was pretty quiet. We picked a table and had a look at the menu. Neil asked if they could do gluten free and they explained that they were able to do a lot of the menu gluten free. The menu was pretty extensive, covering breakfast and lunch, plus a range of drinks. They are also licensed to sell alcohol. Great news.

I decided to go for Eggy Bread and Bacon and a pot of tea. I love eggy bread. I’m obviously too lazy to make my own and the fact I could have it at Monty’s and it would be gluten free was too good of an opportunity to miss!

Neil also ordered Eggy Bread – he went for the extra gluten option though!

I really enjoyed it. The pot of tea and milk was enough for two cups and the bacon was nice and thick and they weren’t stingy with it like my Mam. The eggy bread was so good as well. It was cooked just how I like it and the bread wasn’t too bad either (don’t let anyone tell you otherwise but nearly all gluten free bread is not great). It was really reasonably priced at just over a fiver. The service was quick and smooth. Although, it was empty, so I don’t know what it would be like during a busy period. The staff were smiley and friendly too which is always a bonus.

As with any kitchen environment that isn’t strictly gluten free, there is always a risk of cross contamination. However, I haven’t had any untoward side effects and the staff seemed to realise what gluten free meant. My breakfast also came on a different shape plate to Neil’s (who as I mentioned, was having the same). I don’t know if this was on purpose, but it’s a good way of identifying which was which and ensuring I got the right one!

Monty’s Cafe has definitely been added to my list of safe places to eat and I will definitely be heading back to try something else!

If you are looking for a nice gluten free breakfast in Plymouth, then Monty’s Cafe is worth a go!

What’s your favourite breakfast? Get in touch below.