I was recently very kindly sent a copy of The Death of Her by Debbie Howells, published by Macmillan, this book will be released in hardback on 24 August 2017 with a RRP of £12.99, currently available on Amazon as a pre-order it will also be available as an ebook. 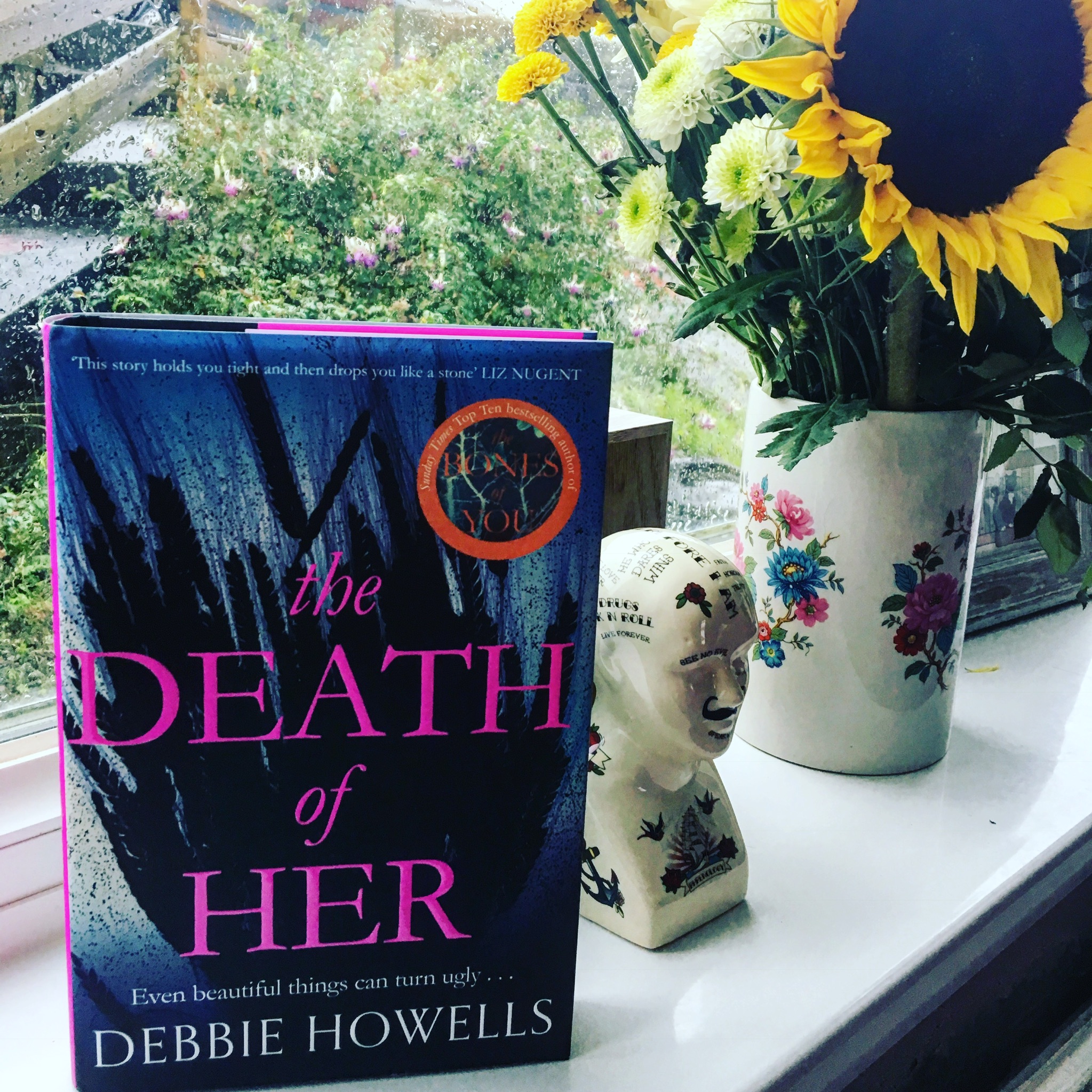 A woman’s body is discovered on a Cornish farm, battered and left for dead in a maize field. Airlifted to hospital, her life hanging in the balance, no one’s sure who she is. Three days later she comes round, but her memory is damaged. She knows her name – Evie – but no more, until she remembers another name. Angel – her three-year-old daughter.

As the police circulate Evie’s photo, someone recognizes her. Charlotte knew her years ago, at school, when another child went missing. Leah Danning, who vanished whilst in Evie’s care.

When the police search Evie’s home, there’s no sign of Angel. More disturbingly, there’s no evidence that she ever lived there, forcing the police to question whether Evie’s having some kind of breakdown.

But even from the darkest place she’s ever known, Evie believes her daughter is alive. The police remain unconvinced – unaware that on the fringes of Evie’s life, there’s someone else. Someone hidden, watching her every move, with their own agenda and their own twisted version of reality.

The story is told through a few different characters point of view, first up we meet Charlotte who recognises Evie from school, she remembers her and her relation to a missing girl years before. Later in the book we learn things from one of the detective’s points of view and we have the occasional diary like entry from Casey Danning – the older (and clearly unwell) sister of Leah – the missing girl which all helps to set the scene.

Much of the first half of the book is told from Charlotte’s point of view, she helps Evie and the police try to piece together what has happened to Evie (or Jen as she was known at school) and her missing daughter Angel who rather disturbingly doesn’t seem to exist at all. Charlotte seems a little troubled herself with a rocky relationship, unexplained past and quite serious drinking problem she evokes an interesting character. I took a bit of a dislike to Charlotte I am afraid, her narrative in the book was harsh and left you wondering why on earth she kept agreeing to assist the police with Evie – she was a total bitch basically.

The diary excerpts from Casey Danning should be read with a trigger warning, there are references (although not descriptive, more hinted at) to sexual abuse and some mentions of self harm, so be aware of that when reading this book.

The book is set in Cornwall which adds to the atmospheric creepyness of this thriller. The book really pushes home how you can never really know the people around you. Can Evie really trust the people around her, as she tries to pull together the pieces of her very broken memory, with no sign of a daughter at all, you can feel her heartbreak as she tries to persuade the police to keep searching for a child that aren’t convinced even exists.

The book picks up speed towards the end, sprinting through some rather dark places to reach it’s climax – a rather whopping twist in the tale.

The book is well put together and sets a nice pace, some events didn’t end with a full enough explanation for me but despite this I really enjoyed reading this thriller from Debbie Howells,  as well as being an author Debbie is also a florist, living with her family and animals in Sussex. You can follow her on Twitter. You may also know Debbie’s work from her Richard and Judy Book Club title – The Bones of You – a book I haven’t yet read but will certainly be finding a copy of soon. Debbie has an exciting style which grips you to the end.

If you are look for a good summer thriller then The Death of Her is the book for you.

I’d like to thank Alice at Macmillan for sending me a copy of this book in exchange for my review.

Is this a book you’d like to try? Get in touch below.