We decided to fly to Manchester as it was cheaper, quicker and easier than travelling by train. We flew with Easyjet from Exeter airport and the flight took around 55 minutes. I was not a fan of the turbulence. 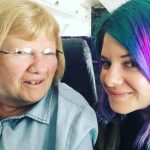 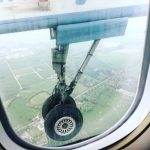 The flights and airport were fine really, although the wait for our suitcases was almost as long as flight! Mum’s cousin collected us from the airport and we travelled to her house in Didsbury.

After a sit down we were taken into Salford. We had lunch in the Lowry Outlet and then we had a quick look at the rather lovely Salford Quays. There are lots of cool buildings there including the Lowry and Media City. 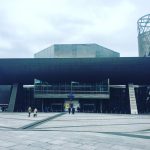 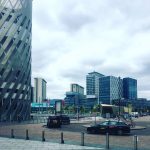 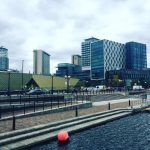 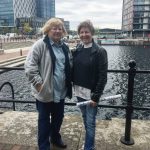 In the evening we had dinner at a very nice restaurant called Cau. It was basically steaks and things like that. I had pork belly with sweet potato mash and crackling, it was incredibly tasty and looked beautiful on the plate. All the staff were really friendly as well. I did have a huge panic on the way out because I thought I’d lost my phone. It eventually turned up after my mini, not at all dramatic meltdown, in my coat pocket. That I was wearing. 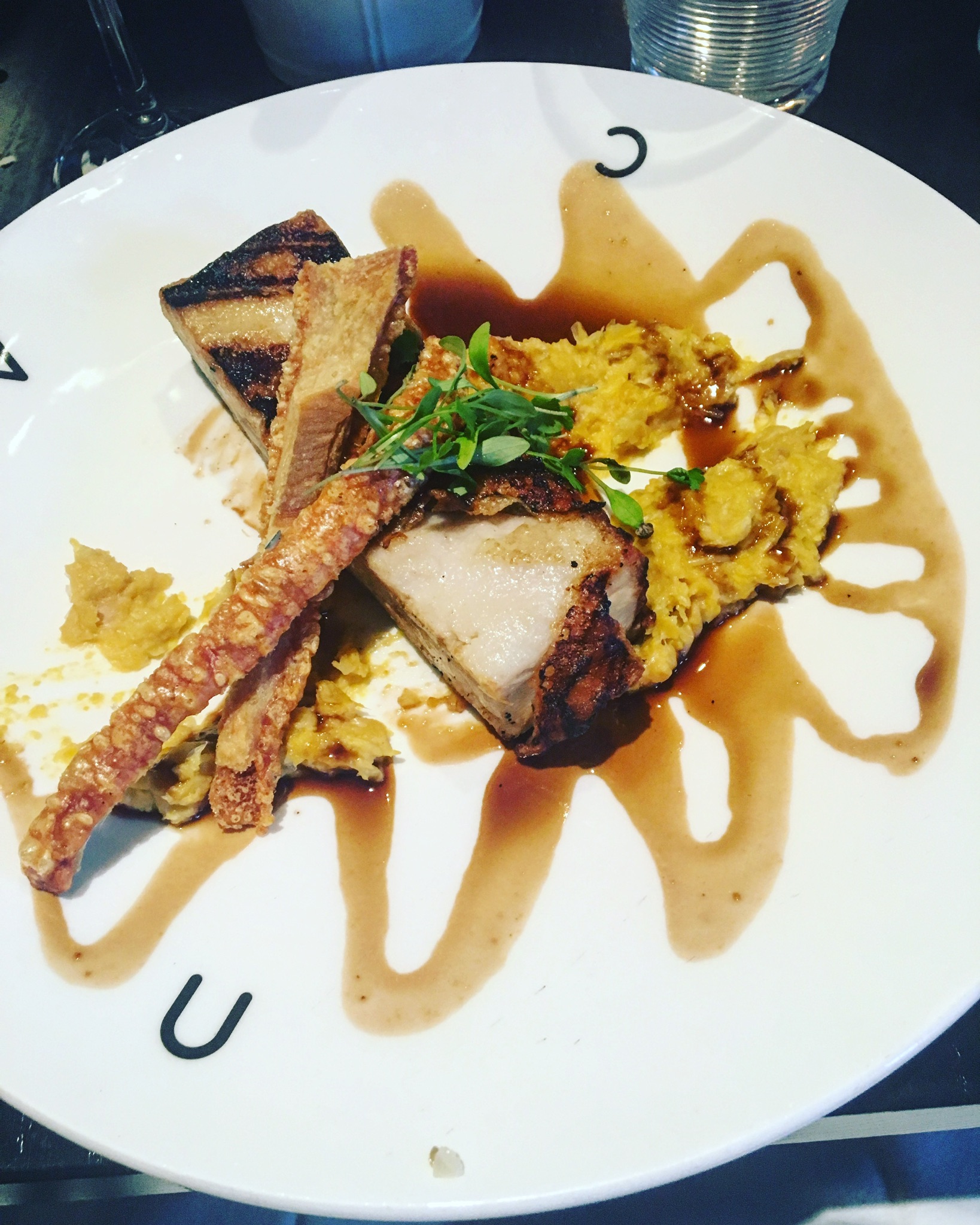 The next day we headed to Blackpool for a few days.

After Blackpool, we came back to Manchester, this time staying on the other side, near to where my mum grew up.

We had a family dinner on our first night and it was lovely to catch up with that side of the family.

On Friday, we headed out into a rather wet Manchester so I could see where my mum grew up. We visited all the houses she’d lived in, saw her Primary school and even saw the hotel that she and my dad had their wedding reception in. I took a photo of the outside of each of the houses that mum was born, lived and grew up in. In her last house we encountered an old lady who wasn’t too impressed with us taking a photo. Luckily, mum employed her Northern charm and talked us out of a potential criminal situation! It was nice actually – I could totally picture that woman as my Grandma nosing out of her window! 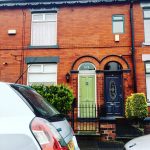 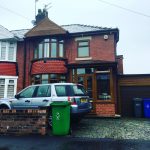 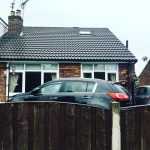 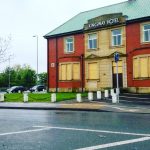 It was really nice to see where my mum started her life. The Oldham / Middleton area’s of Manchester are so lovely. It was much more green than I expected, I had it in my head that it was all tightly packed terraces, so I was quite suprised!

On Saturday morning we headed to Bury Market, read my post about that here. In the evening we had a Eurovision buffet, which I like to think was for me! No one else was that fussed about it!

I made friend’s with my Mum’s cousin’s dog Poppy – she is adorable and very lovely. I sealed our friendship by buying her a squeaky dog toy! 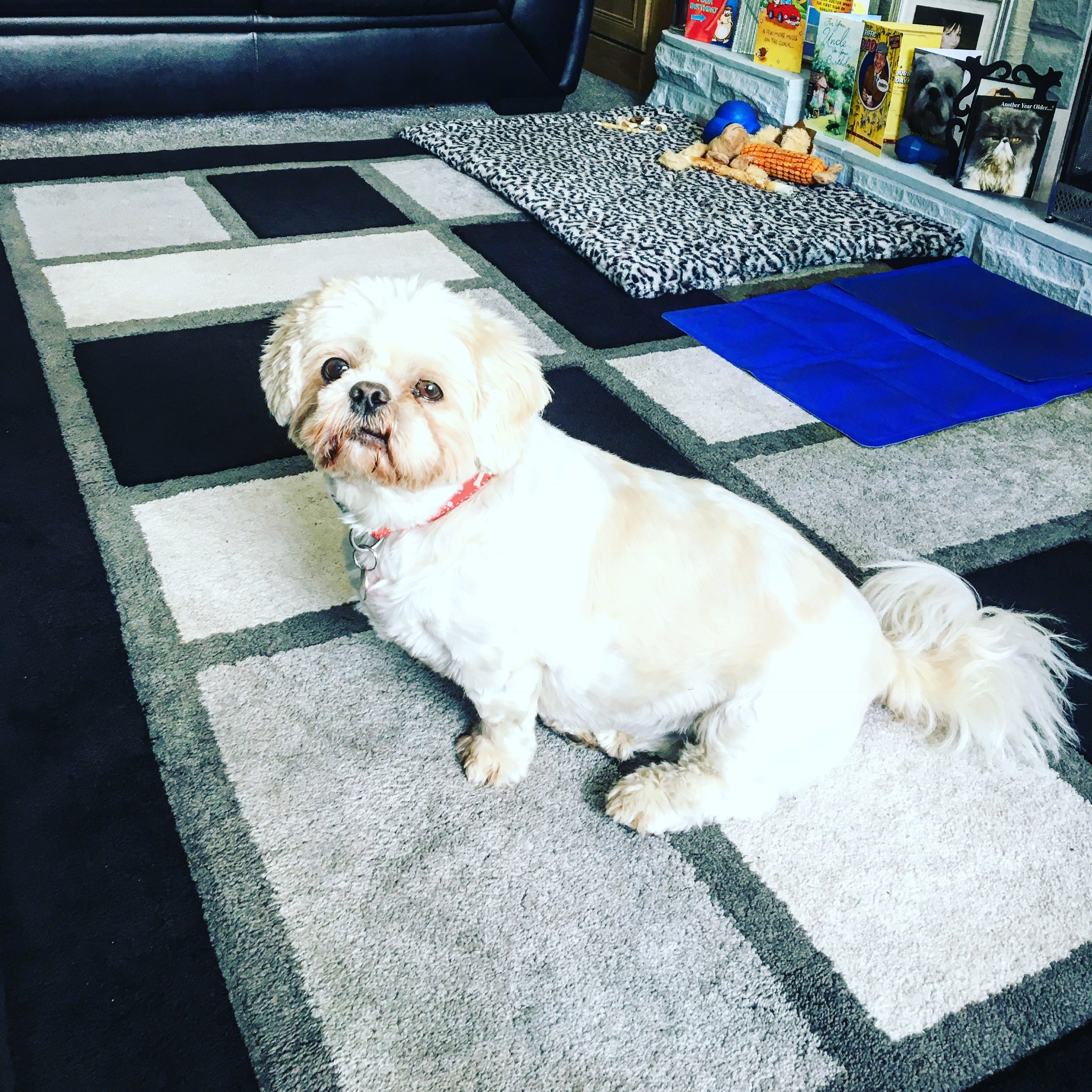 On Sunday afternoon Mum and I headed back to Manchester Airport for our flight home. The airport was really busy, there was no where to sit and it was about 20 miles to our aeroplane. The flight took around 45 minutes and the turbulence was awful! 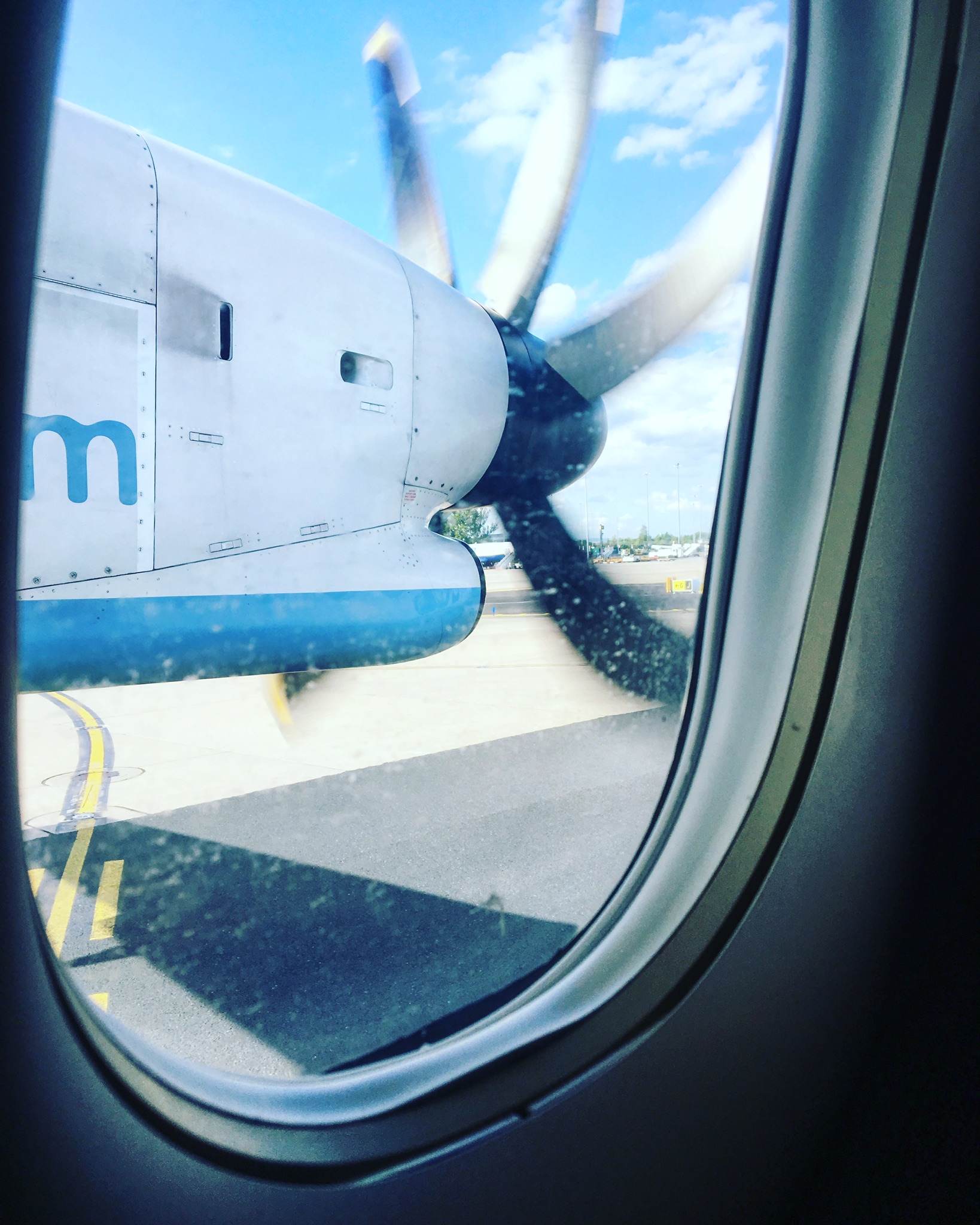 I’d like to thank my Mum for taking me and spoiling me, my Mum’s family for the warm welcome and stay they gave us and Neil for taking us and picking us up from the Airport! I’d also like to say an extra thanks to Mum’s cousin for posting the many, many things I’d purchased and couldn’t fit back into my suitcase!

Have you been to Manchester? What did you get up to? Get in touch below.