I love The Beatles, my mum played their music to me when I was little and I’ve been hooked ever since (read about our night out to see Let It Be – The Beatles Musical), so when Carlton Books very kindly offered me a copy to review, I practically snatched it out of their generous hands.

2017 is the 50th Anniversary of the release of Sgt Pepper’s Lonely Hearts Club Band and the album is as wonderful now as it was then, so armed with a cup of tea and The Beatles 1962-1966 LP playing in the background I settled down to read this lovely book. 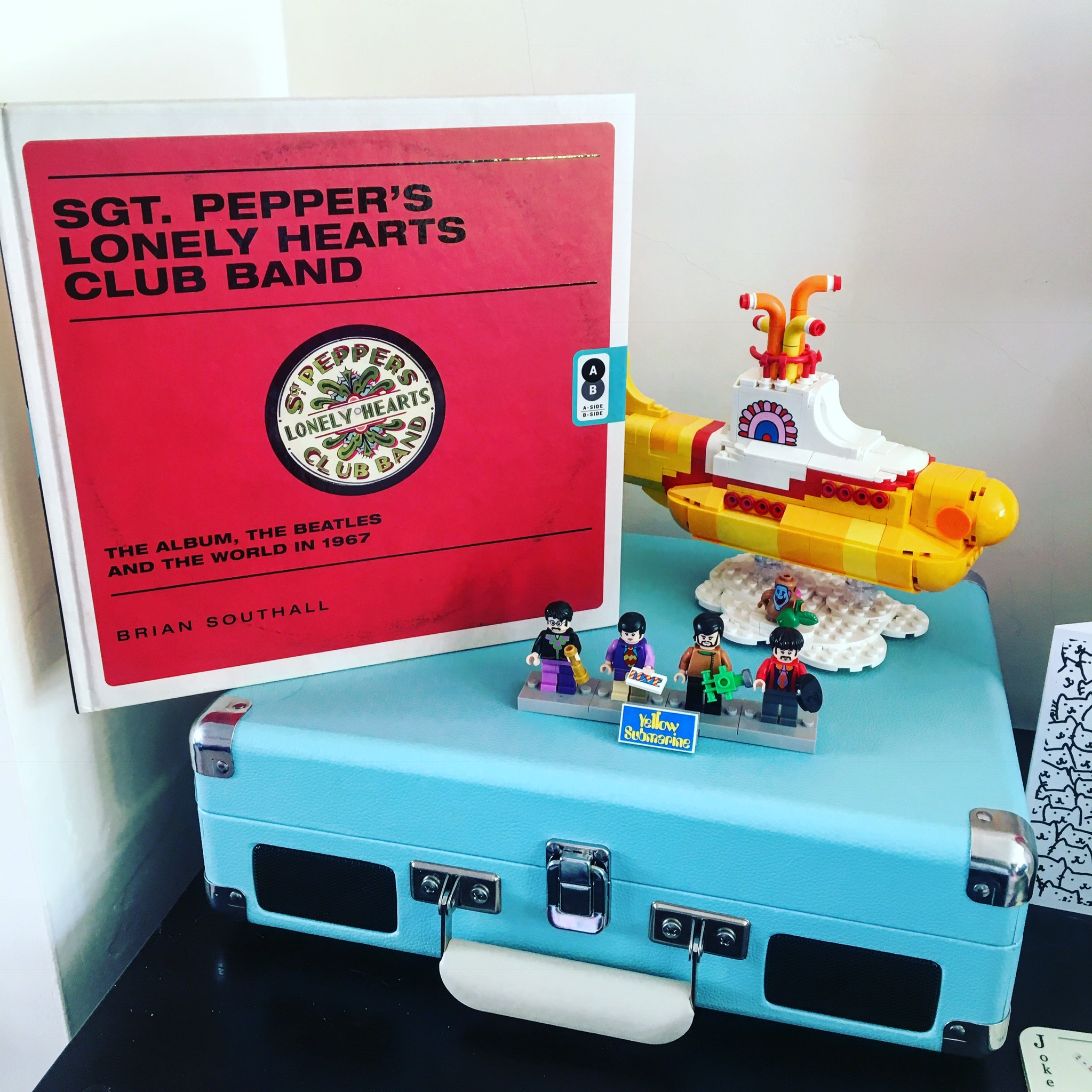 Written by Brian Southall, this large hardback book is split into two sections, an A side and a B side.

The ‘A’ side is all about the Fab Four, how the album was made, how it was received at the time and how it has become the phenomenom it is today. 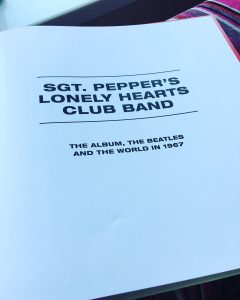 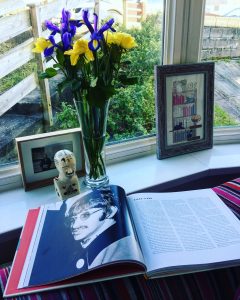 The book starts with a history of The Beatles from their origins, their rise through the charts and their very sad end in (officially) 1975, although their final track “The End” was released in 1969 as their break-up began.

John, Paul, George and Ringo each get their own double page spread with information and a brief history on one page and a gorgeous full page photograph on the other. The book then takes us through each side of the album, with information on how songs were recorded and how they were thought up, such as how Lucy in the Sky With Diamonds was inspired by a shared love by Lennon and McCartney of Alice in Wonderland and even though it is widely assumed that this was a song about LSD, John and later his son Julian have always maintained that the title was born from a picture that Julian painted in school. 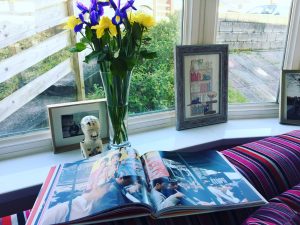 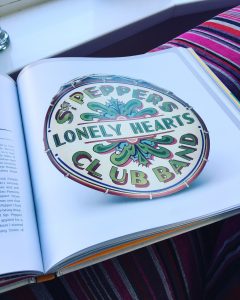 I loved reading about how the groundbreaking and iconic album cover came about – with Paul and John making lists of the famous faces they’d like to appear behind them and permission having to be sought from every living person featured on the cover before their image could be used! 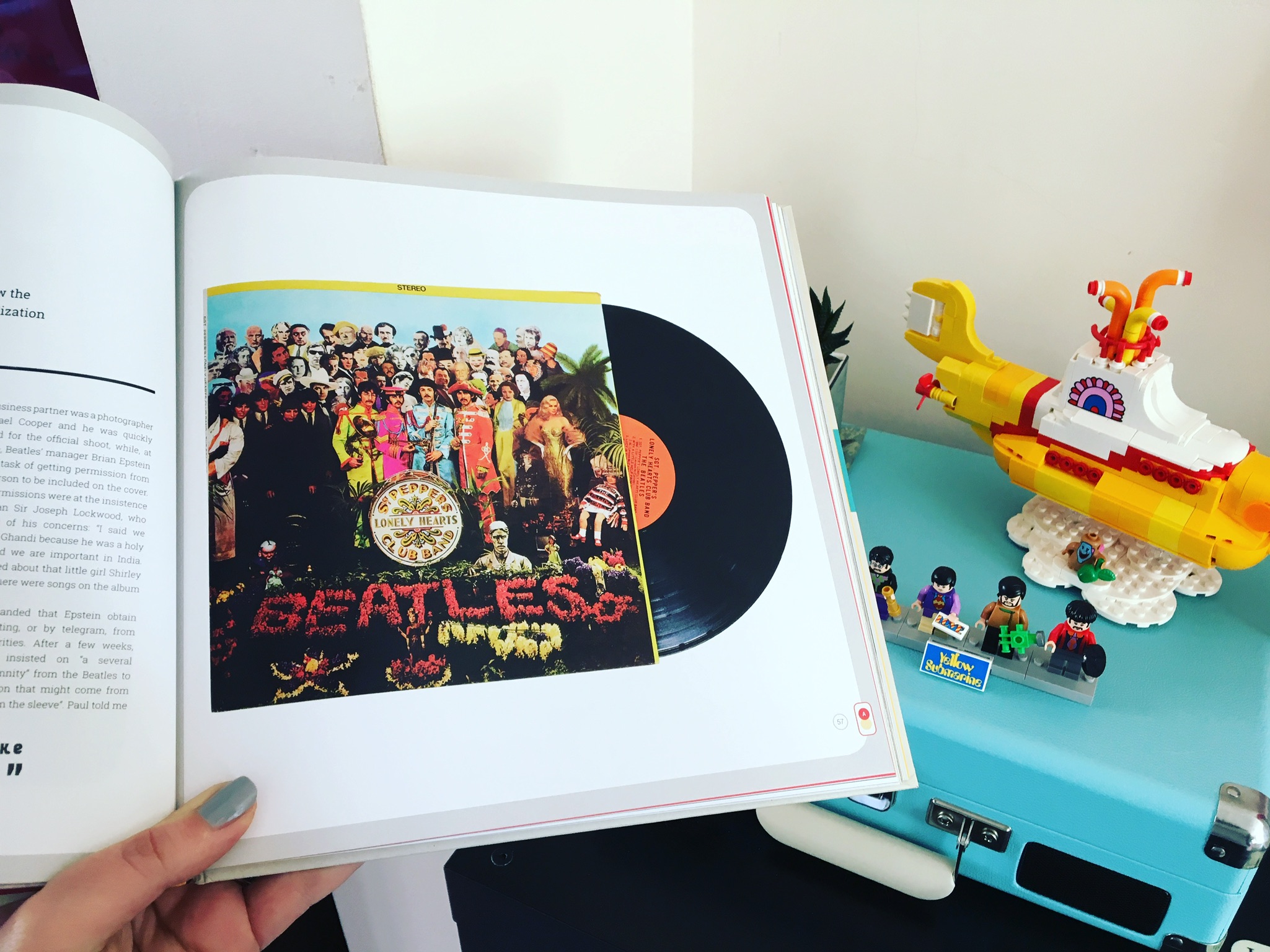 The ‘B’ Side details a wonderful history of the time from when the album was imagined in 1966 to it’s release in 1967, covering everything from the launch of Rolling Stone magazine, Jimi Hendrix’s first UK tour, anti war protests and the Summer of Love. 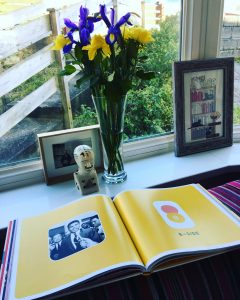 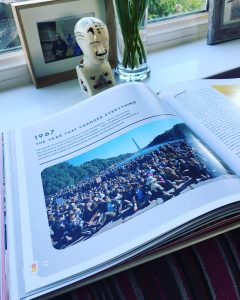 The book takes each Month during the period and talks about the significant and world changing events that were taking place at the time, such as Elvis & Priscilla Presley’s wedding, the imprisonment of Mick Jagger and Keith Richards for possession of drugs, the rise of The Monkees and the death of Che Guevera in 1967. 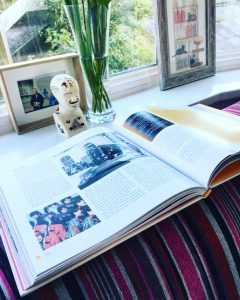 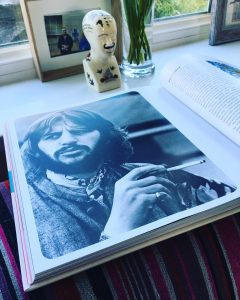 The B Side is a wonderful account of the social and world history of the period and was fascinating to read through.

Sgt Pepper’s Lonely Hearts Club Band has gained 17 platinum awards in it’s 50 year history as well as a Diamond award in America for selling over 10 million copies and multiple other awards for worldwide sales. This gorgeous book is a perfect way to relive the album on it’s 50th Anniversary.

With gorgeous glossy pages and photographs you are able to immerse yourself in all things Sgt Pepper and who wouldn’t want to be there?

You can purchase your own copy of this lovely and informative book from Carlton Books for £20.00 and it is well worth the price, making an ideal gift for fans of history, music and The Beatles alike.

I’d like to thank Carlton Books again for sending me this wonderful book in exchange for my honest review.

Are you a fan of The Beatles? What is your favourite song? Get in touch below.