I was recently very lucky to receive an uncorrected proof copy of The Space Between The Stars by Anne Corlett.

I’m a very picky reader, but the book sounded good, the press release gave me a little taster of what I could expect.

HOW FAR WOULD YOU TRAVEL TO FIND YOUR WAY HOME?

Jamie Allenby wakes, alone, and realises her fever has broken. But could everyone she knows be dead? Months earlier, Jamie had left her partner Daniel, mourning the miscarriage of their baby. She’d just had to get away, so took a job on a distant planet. Then the virus hit.

Jamie survived as it swept through our far-flung colonies. Now she feels desperate and isolated, until she receives a garbled message from Earth. If someone from her past is still alive – perhaps Daniel – she knows she must find a way to return.

She meets others seeking Earth, and their ill-matched group will travel across space to achieve their dream. But they’ll clash with survivors intent on repeating humanity’s past mistakes, threatening their precious fresh start. Jamie will also get a second chance at happiness. But can she escape her troubled past, to embrace a hopeful future? 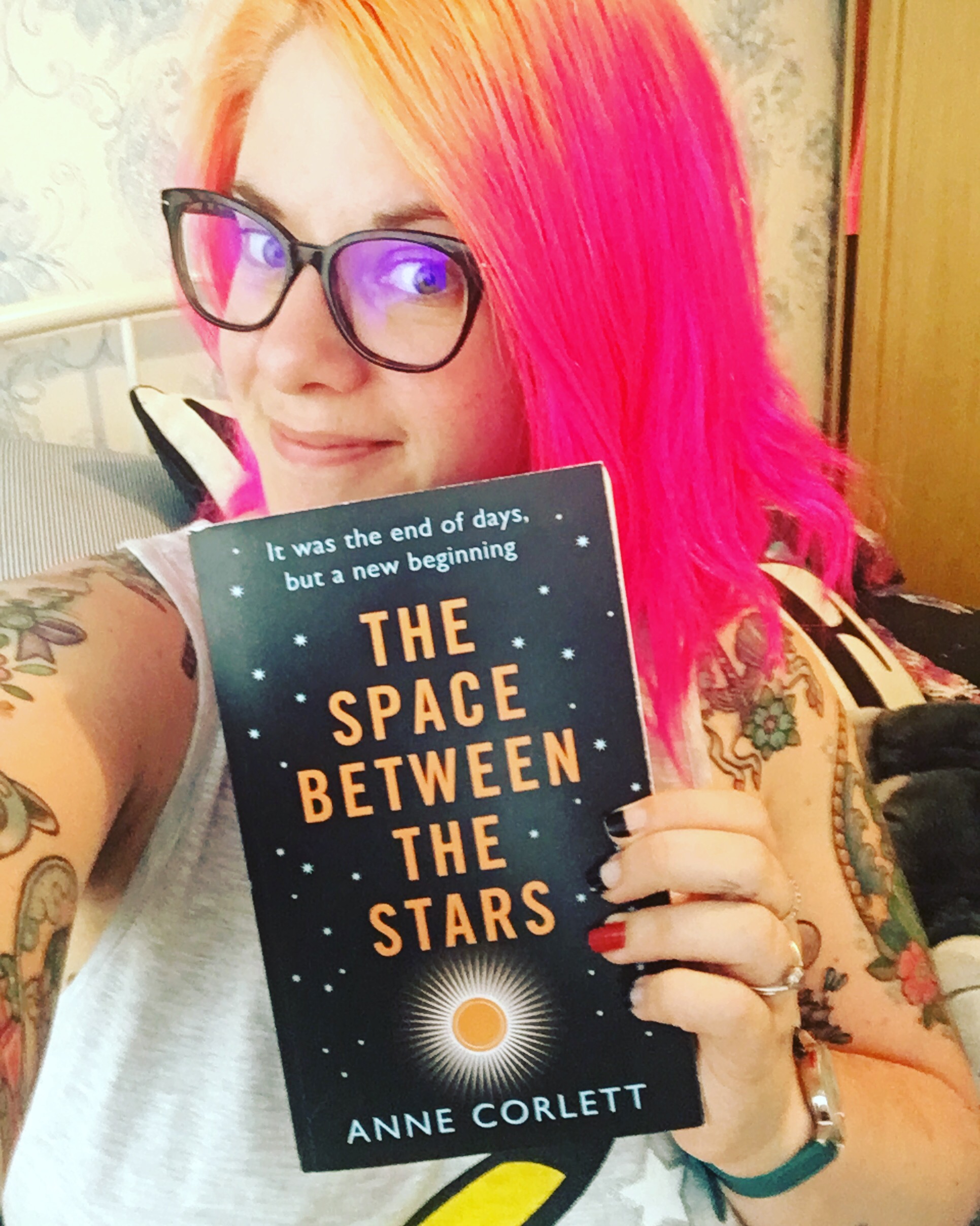 Anne Corlett has an MA in Creative writing and has won awards for her short stories, she’s a criminal solicitor and freelance writer living in Somerset and this is her first novel.

I barely have time to write a text message so I’m already in awe that she wrote a complete novel whilst working and caring for a husband and 3 children!

I decided to take this book to the hairdressers with me at the weekend, I’m often at the salon a while, this weekend I was there for the best part of 6 hours so I definitely need a book to pass the time whilst the bleach casually strips a layer of my scalp off (totally worth it by the way). I’m lucky enough to get a glass of wine while I have my hair done so a book, a glass of wine and a bit of a pamper were just what I needed.

So, what did I think? Honestly, I really, really enjoyed this book. I’m a big fan of your end-of-the-world, apocolypse, dystopian future type genre and this covered most bases.

I wasn’t sure if the book was set in the future or in an alternate reality type thing, to me it read relatively modern with references to things we know today, but much of the book is set in space and on other planets, I realised this early on and was concerned it was going to be your Star Trek alien sci-fi type story so I was relieved to find out that it wasn’t like that at all.

As the story progresses you discover that part of the human race lives on distant planets, many of whom were forcibly removed for being the wrong type of people to leave the elite on Earth living it up. Jamie soon finds some other people and they set about finding some salvation and other surviving humans.

I really like Jamie – our heroine of sorts, she’s got a sadness to her but also plenty of fight. She’s strong and sensible and I really like that the focus isn’t on her love story. 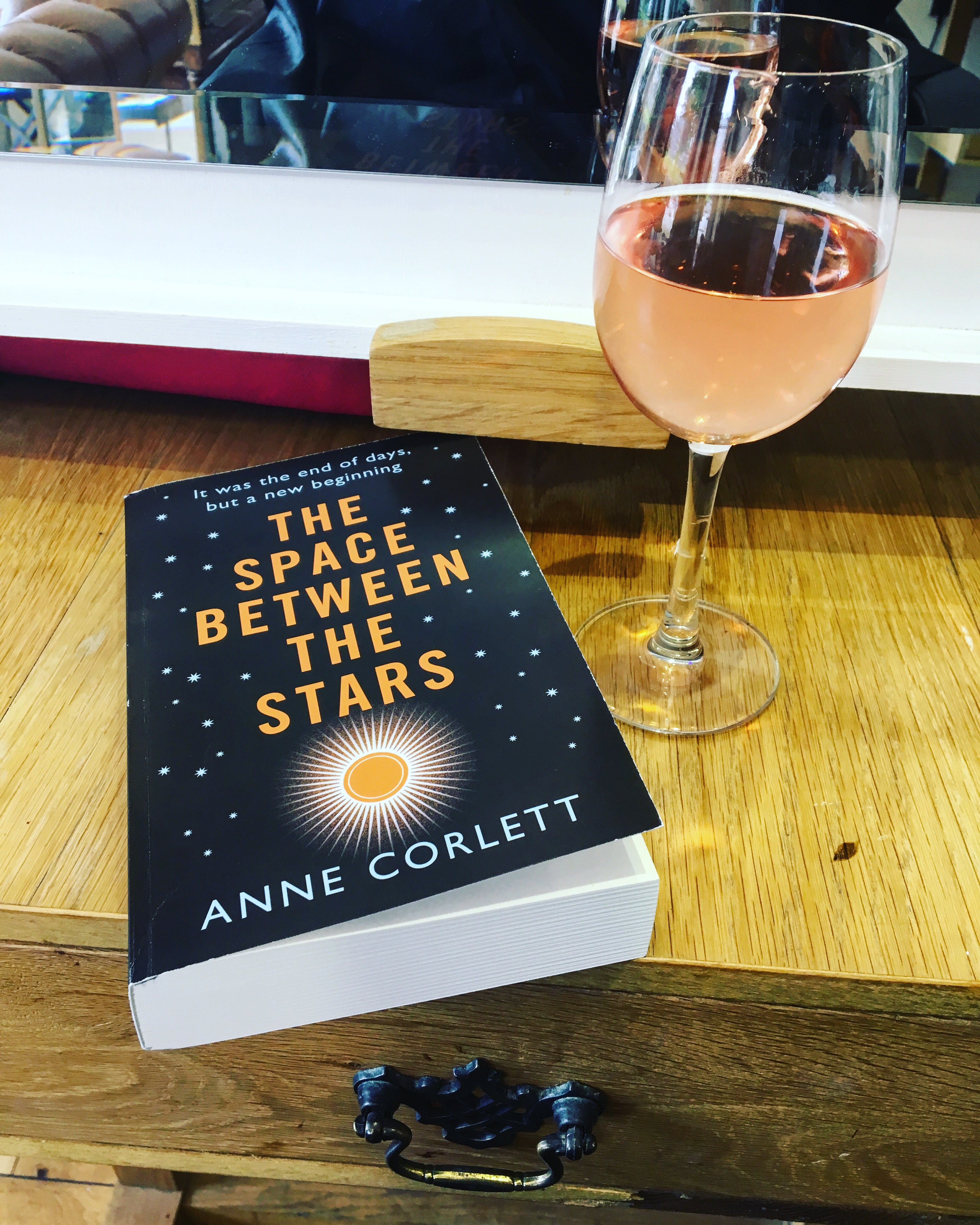 The book tells a gripping story of survival and loss, there are really good characters- such as Rena who is pretty bonkers and has an interesting view on the situation – it’s all Gods doing and certain people were chosen to live for a reason, you feel rather sorry for the prostitute and lad with mental health issues who Rene believes aren’t deserving of her God and Saviour.

Much of the book rings scarily true, especially considering recent events and political issues across the world, many humans ended up on other planets in a way that smacks of being sent to labour camps in the wars. The book touches on a genetics programme to iradicate the ‘inferior’, leaving you a little bit glad that a virus has wiped out a huge number of people who were instigating these awful ideals.

I love the character Callan – a bristly, loner type who you just know will turn out to have a lovely soft side and the relationship between Callan and Jamie is really soft and lovely, there is a good pace to their story and I loved the way their relationship was left at the end of the book.

I felt panicked as the book romped towards its climax at high speed – I was concerned for the remaining surviving human race!

The book is really well written and engaging, it kept me gripped from start to finish and I found myself really hoping for a better future for Jamie and her new friends. I don’t want to talk too much about the story as I genuinely don’t want to give it all away. I urge you to read this book!

If you liked The Girl With All The Gifts or Station Eleven, even Bird Box or I Am Legend then you will adore The Space Between The Stars.

I cannot wait to see what Anne Corlett writes next!

I’d like to thank Alice Dewing of Macmillan Publishing for sending me a copy – it really was one of the best books I’ve read in a while.

Does this book sound like something you’d read? What have you been reading recently? Get in touch below.