IMAGINE A WORLD IN WHICH YOU CAN ONLY SPEAK 10O WORDS A DAY.

BUT ONLY IF YOU’RE A WOMAN 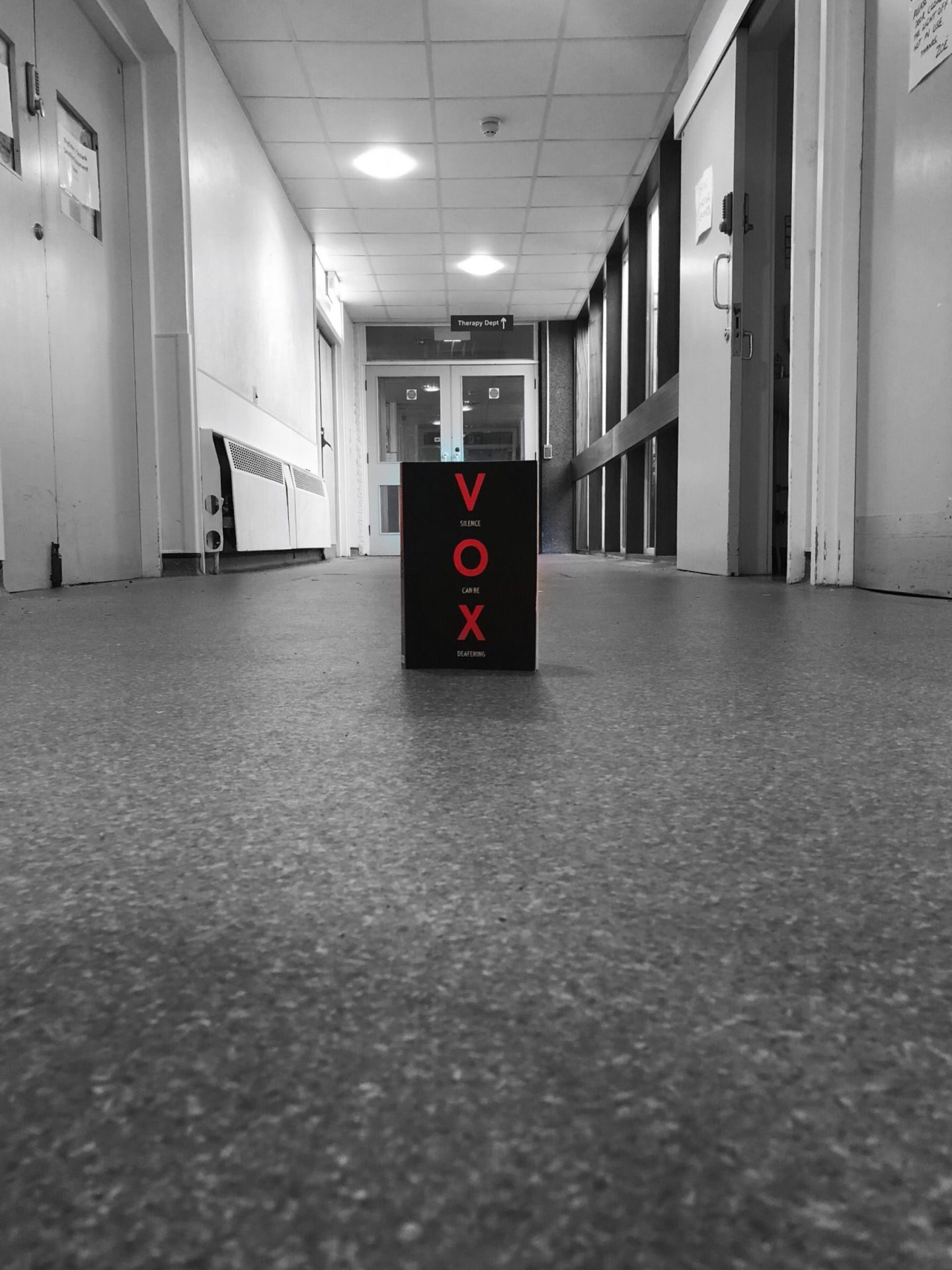 That was 32 words. Say them out loud and imagine you’ve only got 68 words left to say until midnight when the counter will reset. What would you say?

Christina Dalcher’s debut novel tells the story of Neurolinguist Dr Jean McClellan. A new government has taken power and no woman, no girl is able to speak more than 100 words a day. Go over 100 words and you will be punished.

Books are now forbidden and young girls are no longer taught to read and write. Bank accounts transferred to your closed male relative and all female employment has been suspended. Jean lives with her husband Patrick, 3 boys and a young daughter named Sonia.

When the Presidents brother suffers a stroke, Jean McClellan is given her voice back to work on a cute. Jean soon discovers that she is part of a larger plan that will silence women across the world for good.

Vox (meaning voice) is a harrowing, subversive story set in a dystopian future where females who speak out are punished and have all their words taken away. To live a life of hard labour in total silence. Homosexuality is punishable by law, marry your opposite gender or live a life in prison. Sex outside of marriage is forbidden. There are no books for women, no bedtime stories for your little girls.

Vox ramps up the pressure from the very first page.

In spite of my year of practice, the extra words leak out before I can stop them: “No. I’m. Not.

Patrick watches the counter tick off another three entries. I feel the pressure on my pulse like an ominous drum. “That’s enough Jean,” he says.

If you liked the Handmaids Tale, you will love this book. Whilst reading it I found myself wondering what words I would say if I only had 100. I talk a lot, I fill silences with words, endless words. What would I do without them?

As I met the men in Jean’s life, her husband Patrick, an old lover – Lorenzo and the men who wholeheartedly agree that the new regime under the government is a right and just thing to do. I wondered which one of them the men in my life would be most like. Would my husband be like Patrick, seemingly standing by whilst this happens to me. or would he be like Lorenzo, trying to find a way to get me out. Would my dad be like Morgan – the man who becomes Jean superior when she is forced to return to her old life. Would my brother be like Del? An ally who could remove my counter, working under the radar to overthrow a government. Or would he be like Jean’s eldest son, Steven. Ready to accept and uphold the Pure Movement? Even when he knows his younger sister will be punished for speaking more than her allotted 100 words.

He’s smug now, which makes everything worse. “I’ll tell you how I earned the pin. I got recruited. Recruited, Mom. They needed volunteers from the boys’ school to make the rounds to the girls’ schools and explain a few things. I accepted.”

Vox is a thrilling and haunting read. It had me on edge the entire time I was reading it. It sets a really good pace and doesn’t give you time to breathe, which really adds to the subversive feel of the book. It was easy to read and the story flowed nicely. I enjoyed the ending although I felt that it could have done with an extra chapter, finishing too soon for my liking. I will be itching for a follow up from the author.

Christine Dalcher has really captured the feelings of many woman around the world who don’t feel like they have a voice. 100 words a day will not silence women.

I’d like to thank Harper Collins for sending me an advance copy of Vox in exchange for my honest review.